I was studying 2 Corinthians 5:1-10 when I noticed that two terms that play a major part in its interpretation are very unusual Greek words:

They are clearly constructs with the propositional prefixes en and ek added to a shared core word.

This word is identified by all lexicons I can find as δῆμος (dēmos), though this should be confirmed.

This chapter is the only place in the Bible these terms are used, three time each, paired in contrast to each other. Thayer's Lexicon mentions this, noting it is even rarely used in the Greek Classics.

How can we be confident of the meaning of these words Paul is using? Are there extra biblical examples to help our understanding? One writer I saw even called it an idiom, but offers no evidence or citation.

What is the best possible lexical meaning for these terms? Is it just simply "in the home" and "out of the home" or does it have a possibly more complex meaning such as "comfortably at home or in community" and "out of community, as an immigrant" (extrapolating from the common core word)?

The older translations of absent/present seem to be rather hollow, and seem to be influenced by the Vulgate's Latin translation of these terms (a point of possible research?). Modern translations nearly all use the home/away terms which seem to be a fuller meaning. Perhaps finding the reason for this shift would be helpful?

I include these details to help avoid simple answers that don't really solve the mystery of these word's meanings and to suggest avenues of research that are beyond my means to accomplish. 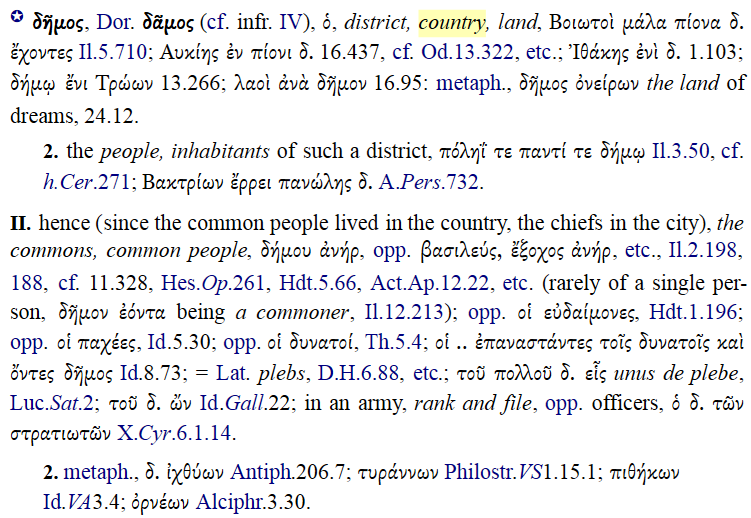 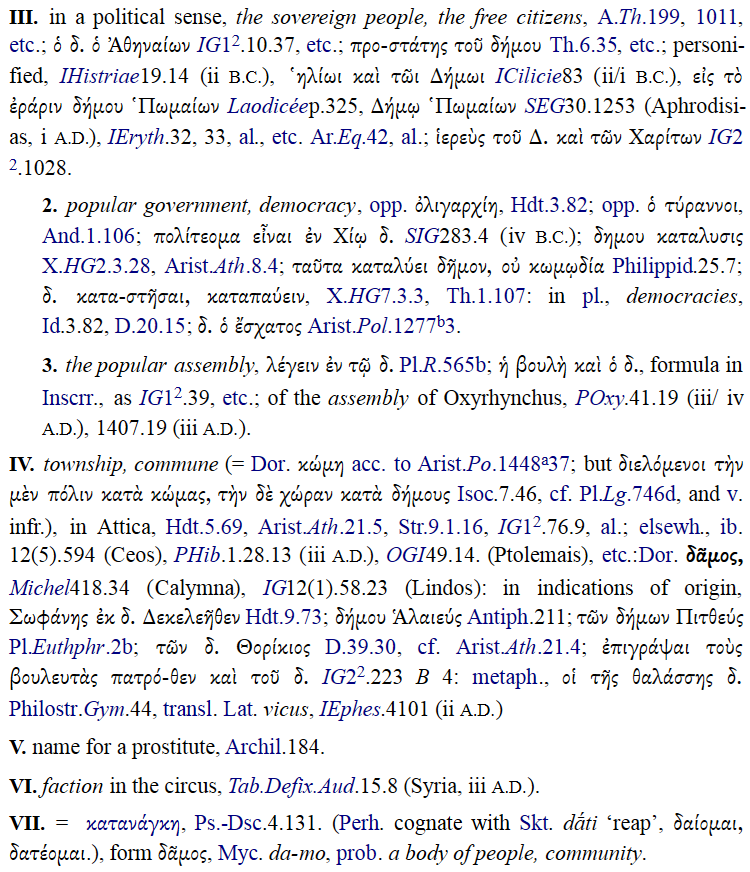 2 Cor. 5 does appear to be the only content wherein both verbs occur in close proximity to one another.3 However, both verbs do occur often by themselves.

While writing about rulers living at home and those living abroad, Aristotle refers to the former by the adjective ἔνδημοι and the latter by ὑπερόριοι (“abroad").4 Hesiod contrasts «ξείνοισι καὶ ἐνδήμοισι», the former commonly being translated as “strangers” or “foreigners” (i.e., those who live abroad).5 Xenophon refers to possessions located «τῶν ἐνδήμων καὶ τῆς ὑπερορίας», “at home and abroad.”6

Euripides distinguishes between “loved ones abroad” (τῶν...ἐκδήμων φίλων) and “those at home” (τοὺς κατ᾽ οἶκον ὄντας).7

Earlier in the same chapter, the apostle Paul distinguished between “our earthly house of [this] tabernacle" and “a building of God, a house made without hands, eternal in heaven.”9 While some suppose the latter refers to heaven, it is more likely referring to the incorruptible, immortal, spiritual body (σῶμα πνευματικόν),10 for the apostle Paul also writes,

2 For in this we groan, earnestly desiring to be clothed upon with our house that is from heaven.

“In this” refers to the “earthly house of this tabernacle.” The apostle Paul says that we groan in such a tabernacle (i.e., mortal body), desiring to be invested with or clothed upon (ἐπενδύσασθαι) by “our house that is from heaven.” He further states that if we are clothed upon with the latter house, “we shall not be found naked,” that is, as an incorporal soul/spirit, destitute of a body.11 Hence, the house from heaven that we are to be clothed upon or invested with is the incorruptible, immortal, spiritual body.

Now, if that same body is dissolved (cp. v. 1), then we are clothed upon our house that is in heaven, the incorruptible body. This clothing occurs upon the resurrection from the dead, upon the advent of the Lord Jesus Christ. Once the saints are changed from mortal to immortal, from the physical or soulish body to the spiritual body, “thus they shall always be with the Lord.”12

I understand many interpret 2 Cor. 5:8 as though it is referring to going to heaven as an incorporal soul upon one’s death, and so I hesitate to interpret that verse as if to contradict such a notion, but it seems to me that the means by which the apostle Paul is “willing rather to be away from the body and to be at home with the Lord” is via his resurrection and change to an immortal body. In that manner, he is with the Lord (in heaven) ► with a body. That is not to say that there is no such thing as an intermediate state, or a soul, for I certainly believe there is. I simply don’t see that the apostle Paul was endeavoring to make that point. Rather, he seems intent on discussing the mortal (corruptible, physical) v. immortal (incorruptible, spiritual) bodies.

Not the answer you're looking for? Browse other questions tagged greek pauline-epistles etymology or ask your own question.