The word "evangelist" (εὐαγγελιστής) appears only 3 times in the NT:

Act 21:8 On the next day we departed and came to Caesarea, and we entered the house of Philip the evangelist, who was one of the seven, and stayed with him.

Eph 4:11 And he gave the apostles, the prophets, the evangelists, the shepherds and teachers, Eph 4:12 to equip the saints for the work of ministry, for building up the body of Christ,

2Ti 4:5 As for you, always be sober-minded, endure suffering, do the work of an evangelist, fulfill your ministry.

My thought is that an evangelist is an itinerant who announces the resurrection. Is this the idea? Or was he involved in persuading people to convert? I notice that Paul, on Mars Hill limits his "sermon" to a simple call to repentance and an announcement of the resurrection:

Act 17:30 The times of ignorance God overlooked, but now he commands all people everywhere to repent, Act 17:31 because he has fixed a day on which he will judge the world in righteousness by a man whom he has appointed; and of this he has given assurance to all by raising him from the dead." 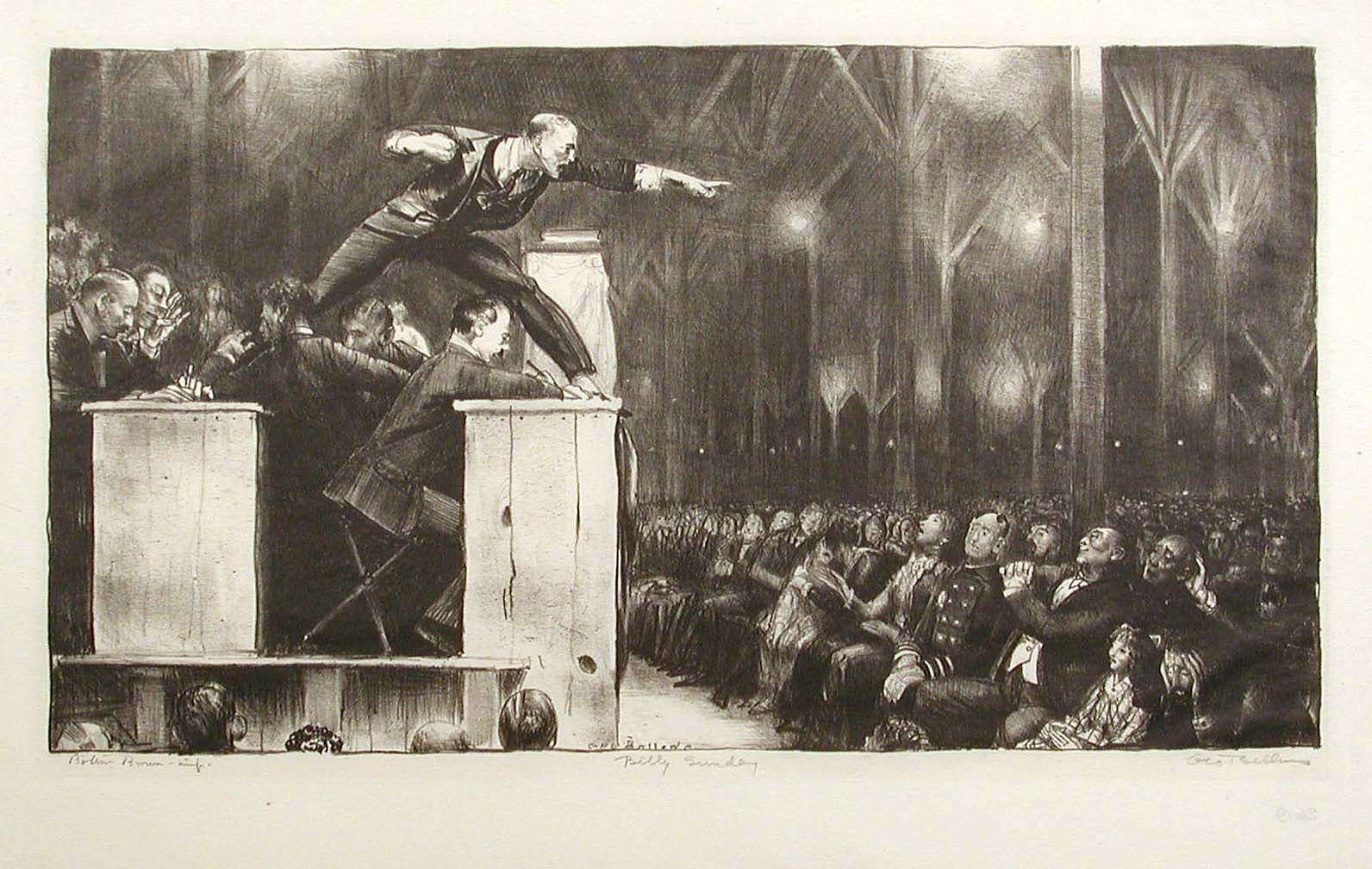 A εὐαγγελιστής ("evangelist") is one who proclaims some piece of εὐαγγέλιον ("good news").1 The latter word is derived as a noun from the verb εὐαγγελίζω ("to announce good news"). The word family comes from a compounding of the Greek adverb εὖ ("pert[aining] to that which is good or beneficial") and the verb ἀγγέλλω ("to announce").2

In 2 Tim 4:5, the ἔργον ("work") of an evangelist is then tied up in the verbal action—the announcing of good news. Paul is exhorting Timothy to continue that announcing, despite the fact that many will not heed truth (v.3-4).

But what good news? The epistle's context tells the reader this in 2 Tim 1:8-11 (NKJV; emphasis added)—

8 Therefore do not be ashamed of the testimony of our Lord, nor of me His prisoner, but share with me in the sufferings for the gospel [dative of εὐαγγέλιον] according to the power of God, 9 who has saved us and called us with a holy calling, not according to our works, but according to His own purpose and grace which was given to us in Christ Jesus before time began, 10 but has now been revealed by the appearing of our Savior Jesus Christ, who has abolished death and brought life and immortality to light through the gospel [genitive of εὐαγγέλιον], 11 to which I was appointed a preacher, an apostle, and a teacher of the Gentiles.

At a minimum, the word is directly associated to:

It may be Paul intends the points in v.9 to also apply as part of the "testmiony" and "good news." But that the resurrection is clearly intended is further stated in 2 Tim 2:8—

Remember that Jesus Christ, of the seed of David, was raised from the dead according to my gospel [accusative of εὐαγγέλιον].

Interspersed through the whole epistle is both the fact that Paul is suffering for his holding to the testimony of Christ and that Timothy needs to strengthen himself and hold fast to that testimony.

Certainly Paul was rather itinerant in much of his ministry, yet not always (in Act 19:10 he was two years in one place). The work of proclaiming the good news of Christ can occur whether localized or itinerant, but the nature of that work is "to announce good news," and news is something "new," yet to be heard. So the work more specifically lends itself to not being fixed in one place for too long, though one can be an an area of some time and still have people who have not heard.

It is generally believed, partly from 1 Timothy 1:3, that Timothy was the pastor of the church in Ephesus (at the least, Paul charged him to take some oversight authority in Ephesus, but the nature of 1 Timothy is focused on pastoral work), and if he was still so at the writing of 2 Timothy, would not himself have been generally itinerant at that time. However, Paul is urging Timothy to come (2 Tim 4:11), and the following point "And Tychicus I have sent to Ephesus" (4:12) may be intended to let Timothy know a replacement is on the way. Perhaps Timothy was to begin travelling again, unless this was a temporary journey.

In short, the nature of the work lent to being itinerant, but the actual work, proclaiming of the good news of Christ and His resurrection, could happen any time, any where that one had an audience to hear about it.

Paul often appears to relay the "facts" (i.e., made the announcement of the good news), and let the audience believe it or not. However, there are points where he engaged in persuasion:

So persuasion, to some extent, is contained in the work of proclamation. The idea is to get people to realize the truth of the good news.

William W. Combs in “The Biblical Role of The Evangelist” (Detroit Baptist Seminary Journal Volume 7 [2002]) on pages 24-25 discusses any early, non-Scriptural uses of the term:

The only non-Christian usage of the word is a poorly preserved inscription from Rhodes, where it apparently means “proclaimer of oracular messages."[3] However, this is disputed by Spicq, who argues that there are so many questions about the inscription that “nothing certain can be drawn from it.”[4] Marshall doubts the inscription predates Christian usage. In any case, it is hardly likely that this distant inscription would have had any influence on the early Christian use of the term.[5] More than likely, εὐαγγελιστής was coined from the cognate verb εὐαγγελίζω (or εὐαγγελίζομαι).[6] The coining of εὐαγγελιστής is a perfectly natural development.

So there is contested evidence that the term existed at all prior to the Christian era, and arguments made that it was even coined during that time. Other uses come in later Christian writings. Perseus notes some other early uses from Saint Basil, Eusebius, and John of Damascus.

Thanks for that vast hermeneutical result.In my limited research, I believe the Scriptural work of an evangelist, as a proclaimer of the Good News, has been pre-dated the New Testament time or pre-Christian era, way back during the patriarchal dispensation when God Himself proclaims the good news to Abraham and even Jesus, His Son before His crucifixion, death, burial, and resurrection did the work of an Evangelist; in the New Testament Scriptures, the Apostle Paul wrote to Titus, an itinerant and persuasive Evangelist's job is to "straighten out what was left unfinished and appoint elders in every town", as directed (Titus 1:5).