The Greek text of Eph. 6:6-7 according to the Textus Receptus states,

Not with eyeservice, as menpleasers; but as the servants of Christ, doing the will of God from the heart; KJV, 1769

According to that translation, «ἐκ ψυχῆς» modifies the participle «ποιοῦντες». However, is this the correct translation?

What basis is there for the assertion that «ἐκ ψυχῆς» instead modifies the following phrase (in v. 7): «μετ᾽ εὐνοίας δουλεύοντες τῷ κυρίῳ»?

THis answer is based, in part, on the assumption that the word "soul" (PSUCHE) implies everything that is one's life; that which comes from the core of everything that we are, as being alive. Having stated that...

There is some basis in Paul's letter to the Colossians for EK PSUCHHS to modify what follows:

Out of what is your very life (PSUCHHS) ...work as to the Lord

In Ephesians 6:6 we see somewhat the same construction...

However, we see the main verb "obeying" with the present participles, "doing" and "serving as slaves" (POIOUNTES and DOULEUOVTES) describing actions contemporaneous with the main verb.

This admonition to ones who are slaves, is intense; containing several difficult to accept and perform attitudes and actions.

It would seem to me that "EK PSUCHHS" is possibly modifying all of what is found in Eph 6:5-7: actions that are being required that truly are calling on what is all of one's life (PSUCHE).

It would seem that for one who is a slave to ultimately be enabled to witness in such a way, could be the powerful way for some of these "of the flesh masters" to consider the "real" Master !

This would require more than just going through the motions (eye service)...in fact it probably requires behaviors that actually originate as coming out of one's life. EK PSUCHHS ...that, I think, is what is indicated by the genitive case here, perhaps.

Here is how I would render Ephesians 6:5-7

5 Servants: in regard to the affairs of the flesh, be obedient to masters with fear and trembling, in singleness of your heart, even as to Christ. 6 Not according to eye-service as those who curry favour, but as servants of Christ, doing what pleases God through the spirit 7 with good will ‒ being in bondage as it were to the Lord, and not to men. 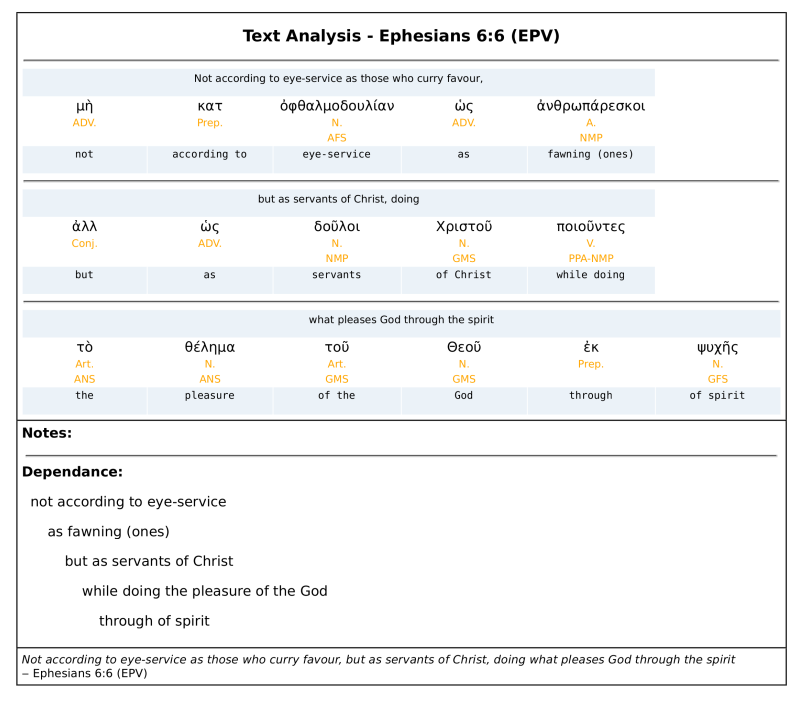 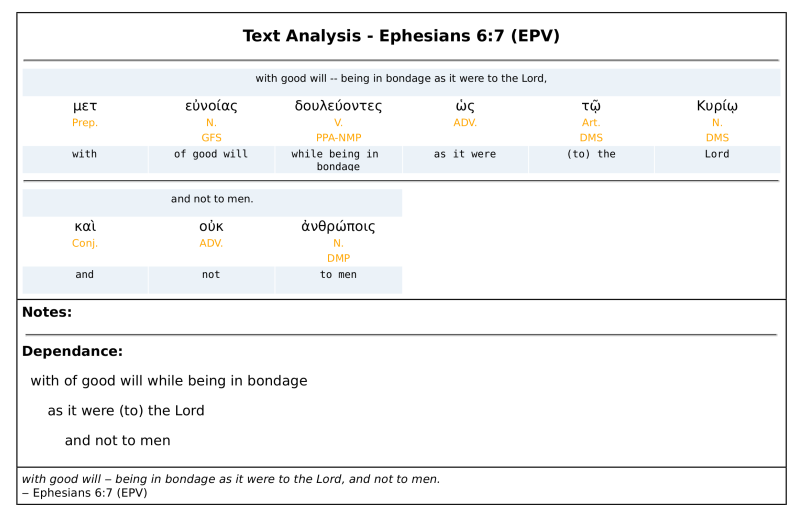 The presence of the μετ at the beginning of verse 7 would interfere with any possible direct connection between ψυχῆς at the end of verse 6 and εὐνοίας in verse 7. It seems unnecessary to do it just to manufacture something like "through a/the spirit of good will", if that's what the OP is thinking.