What is the meaning of the symbols that appear in the text of the Hebrew Bible?

What is the meaning/reason for the symbols at the end of various verses in the Hebrew Bible? For example, Song of Solomon 6:3:

(In English, "I am my beloved's and my beloved is mine, He who pastures his flock among the lilies"--NASB Updated with original italics.)

The Hebrew letter ס (samekh) at the end of a verse in a digital (on-line) Tanakh (e.g., Mechon-Mamre.org) signifies a סתומה (setuma) in a Tanakh scroll (e.g., Aleppo Codex). 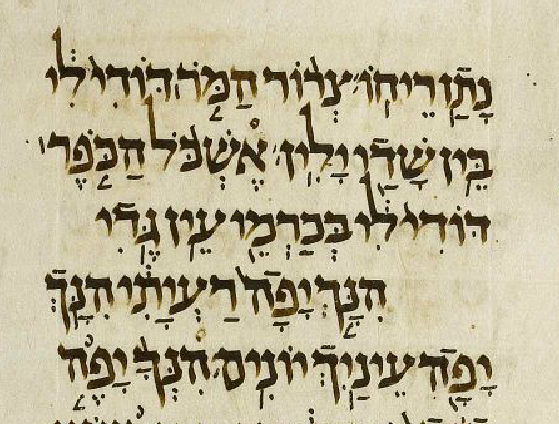 While a Hebrew letter פ (fe) at the end of a verse in a digital (on-line) Tanakh signifies a פתוחה (petucha) in a Tanakh scroll. 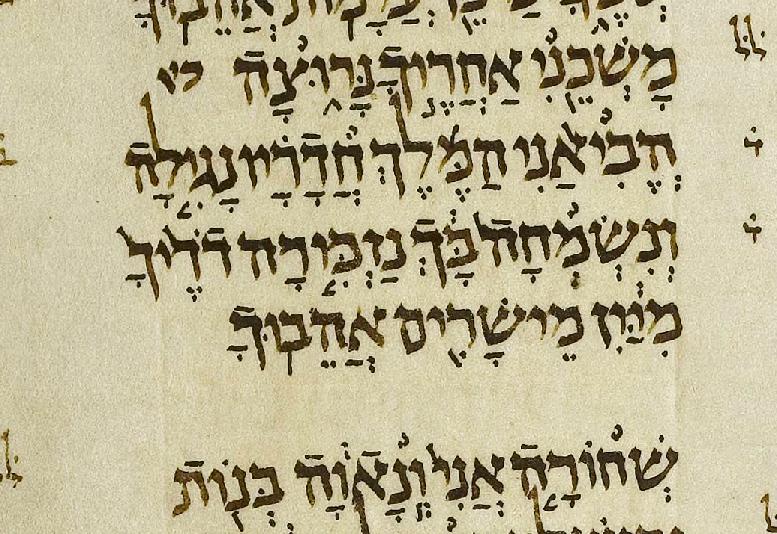 In terms of Jewish law, the word parshah refers to a set of verses that is written in the Torah scroll without any break within the text. Depending on how big the space needs to be before a particular parshah, it is called a parshah petucha, “an open portion,” or a parshah setuma, “a closed portion.” The text of “an open portion” always begins on a new line on the parchment, and “a closed portion” can begin even on the same line, after an empty space equaling the width of as few as nine letters from the previous portion.1

The ׃ is a סוף פסוק (sof pasuk) which indicates the end of a verse.

The Sof passuk (Hebrew: סוֹף פָּסוּק, end of verse, also spelled Sof pasuq and other variant English spellings, and sometimes called סלוק silluq) is the cantillation mark that occurs on the last word of every verse in the Tanakh.

I don't see these in the Aleppo codex, so either the scribe didn't use them in that particular manuscript, or they are only incorporated in digital (online) Tanakhs.

The Masoretic Text appears in several codices (Cairo, Aleppo, and Leningrad). These codices contain the Hebrew text written in columns (usually three per page). These columns contain paragraphs of verses, but the paragraphs are not indented (like modern English). Instead, the spacing between each paragraph determines whether or not there are major or minor separations of thought between the paragraphs.

So, on the one hand, there are the major paragraphs. To begin, the first paragraph in a book in the Hebrew Bible is assumed to be a major paragraph, and in this regard subsequent paragraphs may have a close connection to the first paragraph. If this is the case, then the spacing of the following paragraph(s) will be minimal. This minimal spacing brings the paragraphs closer together, and connects the ideas in the paragraphs which have the close connection. Thus in the printed form of the Masoretic Text (such as the Biblia Hebraica Stuttgartensia) the letter ס (samekh) will appear before the connecting paragraphs, which is the first letter of the Aramaic passive participle סתומא (determinative form), which means "what is closed."

Thus the Masoretic scholars developed a better system than exists in English. In English, indentation will mark the paragraph, but there is no way to group major and minor thoughts of paragraphs (unless further indentation occurs, of course, such as sub-bullet statements). The Masoretic scholars however recorded the paragraphs of text with respect to their spacing. The closer formatting of paragraphs one to another had connected (or "closed" the thoughts together); or, on the other hand, had "opened" (or separated the thoughts apart). In this respect, readers of the Hebrew Bible can "clump together" the major paragraphs of a book. So, for example, in the Song of Solomon, the first paragraph of the text (1:1 - 1:4) is the major paragraph with all subsequent paragraphs in the book "closed" with the first paragraph -- and so the book is one big thought. However, in 8:11 there is a major paragraph break, and so the reader stops and reads the remainder of the book (8:11-8:14) as a separate thought, or coda, to the book.

What I dicover about פ and ס. They seem to be a marker and are an indication to two groups. When we read in Hebrew: By faith Isaac blessed Jacob an Esau concerning things to come, the apostle says, in the future times, both are blessed. Jabcob gets the right of the first-born and Esau gets the right of the second-born. A similar story is the narration of Tamar. She got also twins. Their names are Phares and Zarah. What is the privilege of an first-born? He gets a double heir, but what does it mean? A double heir means heaven and earth. Jacob gets heavenly and earthly things, but Esau only the earthly things. Esau chose the RED. The READ means he chose the earth, because adamah meany reddish. Esau ate from the reddish and the lenses are red coloured. The lenses are pointed to the red blood cells. In heaven we don´t need oxygen, but on the earth the life needs it. Twins in the bible are highly covert and two brothers also. If we recognize the pattern of the prophecy then we realize the difference of both. Back to the twins, Phares and Zarah. Phares represents the Jews after the rapture and Zarah represents the believers until the rapture. Another pair of men are Elijah and Elisha. Elijah represents the believers until the repture and Elisha after this event. see simson-project.com/elia-und-elisa.html. Another pair: Timnath-Serah and Timnath-Heres. Serah point out to the heaven and Heres to the earth. Serah means extend - until to the heaven - and Heres means shinning, its root means itch, because to take part on the right of the first-born is to late.

The marker פ and ס tells us the distinction between the saints of the most High and the saints on the earth.

Not the answer you're looking for? Browse other questions tagged hebrew masoretic-text punctuation or ask your own question.

22
Is there a modern English translation of the Bible that uses the second-person plural pronoun?
18
"Black but beautiful" or "Black and beautiful" in Song of Songs?
7
The meaning and reference to מוג in Amos 9:13 related to that of Amos 9:5
2
Why is there no pronoun attached to the reflexive 'abhor' of Job in 42:6?
3
What is the meaning of the Hebrew words “temunah” and “adameh” as translated in the KJV, particularly in Numbers 12:8?
3
Psalm 23:2 - Why is "pastures of grass" translated to "green pastures" (or similar)?
2
How does Hebrew wordplay in the Bible inform our theology?
3
In Song 2:17 and 4:6, why is it normally assumed that "until the day breathe and the shadows flee" moderates the subsequent, not preceding, clause?
3
What is the significance of Hebrew word tummah at Job 2:3?