This question arose along with another stemming from the other part of this verse:

In Hosea 1:9, the LORD instructs the prophet regarding his third child:

I’m wondering if this is drawing on Deut 32:

אֲנִי אַקְנִיאֵם בְּלֹא־עָם
So I will make them jealous with those who are no people;
κἀγὼ παραζηλώσω αὐτοὺς ἐπ οὐκ ἔθνει

This question arose because the Greek of Deut 32 seems to me stilted (specifically, missing a relative pronoun) unless "οὐκ ἔθνει" is a name. The ESV of Deut 32, quoted above, adds the relative clause, which I think doesn’t need to be explicit in the Hebrew (and it doesn’t appear to be a name in Deuteronomy given that it’s restated in different words), but it’s weird in Greek, reminding me of Hosea.

Did Hosea intend a connection here?

I wouldn't necessarily read a direct reference to Deuteronomy 32. The statement in 1:9 is a negation of the common language of covenant. The positive phrasing is common in Scripture:

Exodus 6:7
I will take you as my own people, and I will be your God.

Leviticus 26:12
And I will walk among you and will be your God, and you shall be my people.

The verse in Deuteronomy 32 is likely a riff on the covenant language as well. But the thrust is different. There, because Israel has turned to what is not God, God will likewise turn to people who aren't the covenental people. While the two texts share some similarity, I think it rather because both draw on the same covenental language than that Hosea draws on Deuteronomy.

I'm not too familiar with Koine Greek (except getting a grade C for introductory Koine Greek in Bible school). As well as, since the septuagint is not dependable translation, and should not be used authoritatively. I can only comment better on the Hebrew.

Deut 32:21 (I placed a hyphen to separate the pronouns)

They jealousified me
without god.

(without presuming any causative):

They are jealous of me
without god.

The translators have again made wide excursions into "untreaded" territory, because [בלא] has been used as without, not within, not in, which are all similar concepts. The word literally means "not in" or "not within".

To translate the phrase as

is an adventurous trip to add in words and concepts not found in the original Hebrew.

(I had to coin the word "jealousify" to accurately portray the causative.)

OTOH, this verse indicates atheism or agnosticism in ancient Israel. Regardless of the instruction of "you shall not bow down to other gods", reading this verse at face value, in simplicity,

These atheists/agnostics are jealous of me.

The word-literal translation (this time there actually is a causative):

Therefore, without any regard to massaging the Hebrew passage to turn this into a scaffolding support for pre-existing doctrines,

We must read the Hebrew grammatically as-is, rather than manipulating them to fit into pre-existing ideologies. 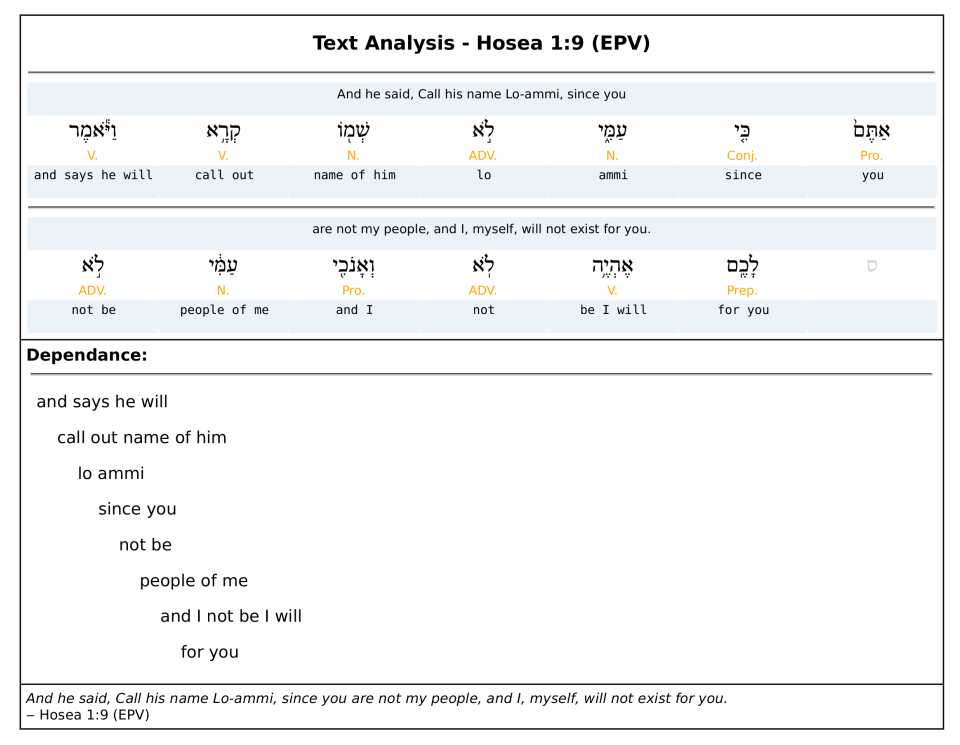 Hosea is unmistakably making reference to Deuteronomy 32, which contains what is often referred to as the "Song of Moses". The images depicted in the words of the song are prophetic, transcending the span of history from the patriarchs all the way to the Messiah. Hosea's record, and that of the other prophets, is instrumental in showing how the details of Moses prophecy have unfolded over time, and confirm how other details in the song, were much closer to him/them down the time-line, than they were to Moses.

The KJV, and other versions, set the mode of Deuteronomy 32 as past, but the nature of Hebrew is such that it could have been set as future. For example, `הֵ֚ם קִנְא֣וּנִי בְלֹא אֵ֔ל given as "They, themselves, made me jealous with a god who was not." could just as well been given as "They, themselves, shall make me jealous with a god who is not.". Such a feature makes the Hebrew language a perfect vehicle for prophecy.

Not the answer you're looking for? Browse other questions tagged deuteronomy hosea or ask your own question.