How does John 5:28-29 fit with the dispensational hermeneutic

The dispensational hermeneutic has been summarized as:

“Consistently literal or plain interpretation is indicative of a dispensational approach to the interpretation of the Scriptures,” declared Charles Ryrie in 1965. (See here.) 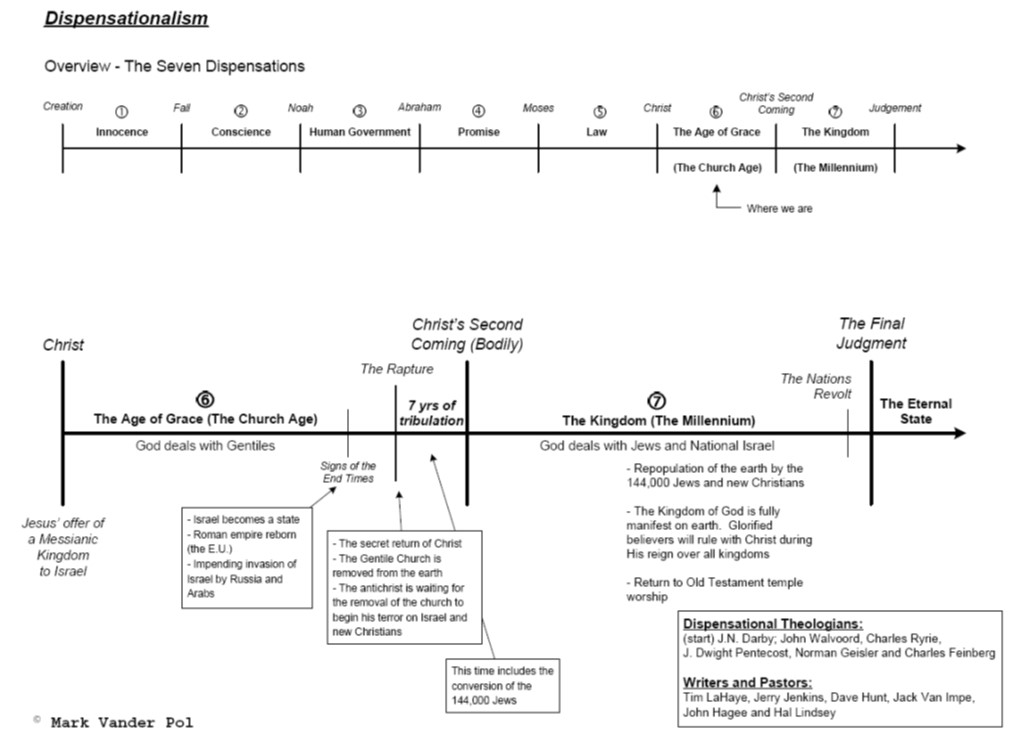 However if we take a literal or plain sense reading of John 5:28-29 where do we see this temporal gap between the two resurrections?

Notice that we are told that, "the hour is coming". This is a singular noun, so the plain sense is that it refers to one single hour and in that hour "all who are in the graves will hear His voice and come forth" and then John proceeds to add more detail to that, so that we understand who he means when he says 'all' - "those who have done good, to the resurrection of life, and those who have done evil, to the resurrection of condemnation."

It seems to me that a "consistently literal or plain interpretation" means we must take John 5:28-29 to be saying that the resurrection of the just and resurrection of the unjust both happen at the return of the Lord Jesus Christ and they happen in the same hour.

So, my question is how does dispensationalism (or any futuristic position that separates these two resurrections by a millennium) consistently expound this text?

I know some commentaries seem to brush over the implications of these words, take for example:

5:28–29. Jesus switched suddenly to physical resurrection and identified a major doctrine of the New Testament—the concept of two resurrections, one for the righteous and one for the wicked. The second resurrection is a resurrection to damnation (Rev. 20:13), but many interpreters believe there are three parts to the first resurrection outlined in Scripture: Christ the firstfruits (1 Cor. 15:20, 23); the saints (church) at the rapture; and Old Testament believers at the beginning of the millennium. Passages like this should lay to rest the false doctrine that death ends all life and essentially serves as a cessation of existence. There will not only be resurrection; resurrection will be followed by judgment.[Gangel, K. O. (2000). John (Vol. 4, p. 103). Nashville, TN: Broadman & Holman Publishers.]

This commentary points out that the text teaches two resurrections, but it does not deal with the time of those resurrections that John appears to be very explicit on. However I am sure some dispensationalist writers must have dealt with this passage in more detail than that, so how does a dispensenational hermeneutic deal consistently with this text?

At present I only have time to outline how I particularly would fit this text with my dispensational view about two categories of resurrection separated by time periods. There are actually two possible ways the verse can fit (or even combining both ideas):

The meaning of a term is always a key starting point for the grammatical-historical hermeneutic upon which dispensationalists build their understanding of the text.

So the "plain" reading is that there is "coming a period of time in which all who are in the graves will hear and come forth."

This period may refer to the "type" of period it is, that is to many separate but distinct individual periods of resurrection "calls" ("an hour in which all in the graves will hear"). The emphasis in this case is placed on there being a time in which each individual hears the call, and he or she comes forth. That is one way it could be handled.

However, I lean toward one distinct and whole period ("the hour in which all in the graves will hear"), partly because it does make for a more plain reading still of the text. This period would be equal to that of the "last days," the period of time in which Christ is reclaiming direct (i.e. physically present) rulership and judging the earth. This period would include Christ's first call of resurrection at the rapture (1 Thes 4:15-16; many dispensationalists would consider this the "start" of the period as a pretribulation call, but "in" this period fits with any rapture timing view) to the last call to judgment immediately preceding the destruction of the current heaven and earth (Rev 20:11-12).

While either view above fits a plain reading of the text of John 5:28-29, for the dispensationalist, the important point is that it also fits the passages that do indicate timing differences of resurrection.

This passage from Chafer, Dwight Pentecost quotes in Things to Come as an explanation for "such passages as John 5:28-29" (174). Pentecost addresses the John 5 passage again later, quoting "Everett F. Harrison's 'The Christian Doctrine of Resurrection,' p. 46" (400, reference in n.4):

In short, neither the language itself, nor the period referenced, prevent the dispensational reading, nor do they violate a "plain" reading of the text, since "hour" is such an indistinct term in its usage.

* When I get more time, I will do additional research how other dispensationalists have explicitly handled it.

The dispensational hermeneutic provides for the plain and normal interpretation of Scripture.

The word “hour” is anarthrous and appears again in the same chapter (John 5:35) in the same context, and refers to a period of several years. That is, the indefinite noun “hour” in this context does not appear to refer to several minutes (or even hours or perhaps days), but to several years. In fact, the anarthrous “hour” as appears in John 4:21-23, can encompass hundred and hundreds of years.

In other words, the resurrection of the righteous and unrighteous will not be simultaneous events, but instead will occur within a particular time period.

First, the Jewish Sanhedrin rejected Jesus of Nazareth as their Messiah. That is, had they embraced him as their Messiah, and had Jesus been crucified by the Romans as the Jewish King, a seven year period of Tribulation would have ensued. This seven year period would have been the purging of Israel and culmination of the “Times of the Gentiles,” when Jesus would have returned to defeat Rome and establish his visible theocratic kingdom on earth.

However, since the Jewish Sanhedrin rejected Jesus, and since Jesus was yet still crucified as the Jewish King, the Apostle Peter had reoffered the theocratic kingdom to the Sanhedrin, which they had rejected a second time. That is, had they accepted Jesus as the Jewish Messiah, a seven year period of Tribulation would have ensued. This seven year period would have been the purging of Israel and culmination of the “Times of the Gentiles,” when Jesus would have returned to defeat Rome and establish his visible theocratic kingdom on earth.

The Sanhedrin rejected the appeal of the Apostle Peter notwithstanding Peter's plea concerning the immanent “Day of the Lord,” which is the Tribulation period.

The Apostle Paul then received divine revelation that the direct inclusion of Gentiles occurred because of their union with the Body of Christ. However, this revelation to Paul never appeared in the Hebrew Scriptures nor was this development ever expected by the Jewish disciples of Jesus. (In fact, Jewish Christians had taken stern umbrage at Peter for his association with the Gentile Cornelius.) Paul had designated this divine revelation to him as the “mystery.” That is, after the re-offer by Peter, and the rejection of Jesus yet a second time by the Sanhedrin, both Gentile and Jewish believers became “one body” through direct union into the body of Jesus, whose body and blood comprise the New Covenant. This inclusion of Jews and Gentiles into direct union with the Body of Christ (New Covenant) was not revealed in the Jewish Scriptures: therefore the designation of “mystery” by Paul. This “mystery” also placed an indefinite hold on the timing of the Tribulation.

The Tribulation therefore will start when the “mystery” ends. In this regard, when the Body of Christ is removed from the earth through the rapture, the seven year Tribulation period will commence. Entrance into the New Covenant during this time will be necessary through the mediate agency of Jewish apostles, which will be comprised of the faithful remnant of 144,000 Jewish believers. The reason this mediation is necessary is because the New Covenant was given to the nation of Israel (and not to Gentiles), and therefore entrance into the New Covenant must occur through the intervention and intercession of Jewish believers. During this seven-year period, the purging of Israel will occur with the culmination of the “Times of the Gentiles,” when Jesus will return to defeat the revived Roman Empire (led by the false Christ or Antichrist) in order to establish the visible theocratic kingdom on earth.

At this point, at “the last day” (that is, the last day of the Times of Gentiles) the righteous are raised to participate in the millennial kingdom. This last day was the “last day” to which Martha had alluded when she described the resurrection of Lazarus (John 11:24). At the end of the Millennium will be the resurrection of the unrighteous. The resurrection of the righteous and unrighteous therefore will not be simultaneous events, but instead will occur within a period of 1,000 years. Consistent with the use of the indefinite noun “hour” as appears in John 4:21-23, the indefinite time period of “hour” therefore can encompass hundred and hundreds of years.

This above explanation is a general and brief narrative summary of key points by McClain. McClain points to the termination of the “mystery” by means of the resurrection of dead believers AND the rapture of living believers from within this “mystery” period, who are the members of the Body of Christ. In summary, this particular resurrection terminates the “mystery,” whose end is as unique as its beginning.

one comment above concluded with 'Obviously the John 5:28-29 passage alone gives no distinct indication of a timing difference in resurrections, as its focus is upon the quality and end result differences of the two types of resurrections, but it does leave open the possibility of a timing difference, explicitly made clear in other Scripture, by the indistinct language used'. So the text allows a possibility (of timing difference) but does not explicitly teach it. It seems to me all supposed references to a secret rapture distinct from the second coming have that same flaw - they do not explicitly teach that it is so. It's not sufficient to say they leave the possibility open. Either the Bible teaches it or it doesn't.

Not the answer you're looking for? Browse other questions tagged john hermeneutical-approaches or ask your own question.

15
Is dispensationalism a theological framework or a hermeneutical approach?
3
In light of this scripture how does this fit in with a dispensational hermeneutic if this is the first resurrection?

5
How many resurrection hours does Jesus refer to in John 5:25-29?
0
Using literal hermeneutics how does one determine if a demand is made on the reader?
3
In Dispensationalism what rule determines applicability of a scriptural demand?
15
Who is “that (the) Prophet” in John 1:21? Is “that Prophet” Muhammad, as Islam teaches?
8
What is the difference between a “literal” and “literalistic” interpretation of Scripture?
4
How does John 10:22-23 relate to the surrounding text?
0
Does anyone disagree that the following hermeneutic principles are important and if so, why?
0
(John 1:39) Significance of “almost the tenth hour”
4
Was John criticizing the synoptics in Gethsemane?