How many times does the Hebrew word הֵילֵל (heilel) occur in the Masoretic text?

Does the Hebrew word הֵילֵל occur elsewhere in the Masoretic text? 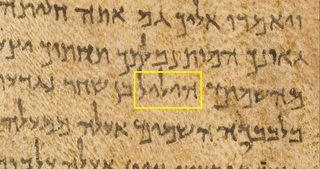 In the absence of any vowel points or cantillation marks, the Hebrew word היליל then appears (at first glance) to be the Hiphil (causative) aspect of the Hebrew verb יָלַל, which means to wail or howl. That is, this verb form spelling can be third person singular (perfect); the infinitive construct; or the third person singular (participle) in the Hiphil stem. If we assume the participle, the verse would read as follows.

The Masoretic Text appears to agree with the Great Isaiah Scroll -- that is, the margin note (Masorah Parva) points to the exact word in another location of the Hebrew Bible where the word shares the same triliteral root.

Please note that the beth (with the pointing) indicates that there are two instances of this word in the Hebrew Bible where the word appears with the same vowel pointing. When we use the Interlinear Scripture Analyzer, we see that the other occurrence of this word is Zech 11:2, which word is based (without dispute) on the triliteral root of יָלַל.

In this regard, the Masoretes do not mix-and-match words in the Masorah (words with different triliteral base meanings) even if their spelling is the same.

For example, the word שִׂים occurs 36 times in the Masoretic Text, but these 36 occurrences (with the exact same vowel pointing) include the spelling of the word based on the trilateral root of both שׂוּם (to set, to appoint) and שׂוּם (to put, to place). However, when we search only for the latter word (to put, to place) using the Strong reference number H7760, we find 24 occurrences of this word. In each of these 24 instances where this word occurs, the Masoretic Text will have a margin note of "24" (̇כ̇ד̇̇̇), which means that 24 instances of this word occur in the Masoretic Text (and in this particular example, the words are in the imperative form).

This example illustrates that the Masoretic Text does not appear to mix-and-match triliteral base words even though they are spelled the same. In other words, the Masoretes do not link homonyms together with different triliteral roots.

This supposition means that the Masoretic Text disagrees with the Babylonian Talmud, which views this word as "morning (or day) star." According to the translation from Jacob Neusner (2011), we find the following in b. Shabbat Folio 149B:

III.3 A. How do we know that the word lots means “lottery”?
B. Because it is written, “How are you you fallen from heaven, day star, son of the morning? How are you cut down to the ground, you who cast lots [the same word as occurs here] over the nations” (Isa. 14:12).

When we check Neusner's translation of The Jerusalem Talmud (2008), there is no reference to this passage - in other words, the Masoretes operated in Palestine (Tiberias), and the version of the Talmud for the Palestinian region at that time does not reflect any commentary on this passage. Although beyond the scope of this posting, the Masoretes in several cases diverged from The Babylonian Talmud - for example, just to cite one instance, the Masoretes differ from the Babylonian Talmud on the numbering of the Psalms.

In summary, the Masoretic Text follows the Great Isaiah Scroll in alluding and comparing the word found in Is 14:12 with the word found in Zech 11:2 -- these words were connected because they had the same יָלַל triliteral root.

In conclusion, the Masoretes do not appear to mix-and-match words with different triliteral bases in their Masorah indices, and so the Masoretes would have to be following the Great Isaiah Scroll, which appears to indicate that this word comes from triliteral root יָלַל meaning to howl, to wail.

Thus the great person(s) mentioned in this passage of Isaiah had caused loud wailing by their fall.

The appellative הֵילֵל occurs only in Is 14:12. It is believed to derive from the verb h-l-l ‘to shine’. However, an identically spelt הֵילֵל occurs as the imperative of the hiph. of the verb y-l-l 'howl' in Ez 21:17 and Zc 11:2. Alternatively, you could emend the vocalisation very slightly to הֵילִל ‘he howled’, which would be a reasonable name for a demonic creature. Perhaps there is a word play between הֵילֵל and הֵילִל.