In 2 Samuel 2:9, why did the author use two different prepositions, אֶל and עַל, to express what appears to be the same thought (i.e., “over”)?

which is translated into English as,

9 And made him king over Gilead, and over the Ashurites, and over Jezreel, and over Ephraim, and over Benjamin, and over all Israel. KJV, 1769

Why did the author use two different prepositions, אֶל and עַל, to express what appears to be the same thought (i.e., “over”)?

There are two, possibly inter-related, issues here. One is the preposition expected with the root mlk in the hifil; the other is the relationship between the prepositions ʾel and ʿal.

Discussion of verb + preposition is found in Gesenius-Kautzsch-Cowley - § 119g for ʾel, and § 119aa for ʿal. This, too, suggests the expected preposition would be ʿal. Thus the Septuagint "flattens" them, giving ἐπί in each case = ʿal.2

This is most likely a case of the common mix-up between ʾel and ʿal which frequently happens, even in situations of near proximity like this one. See the BDB entry which explains the phenomenon and gives examples: 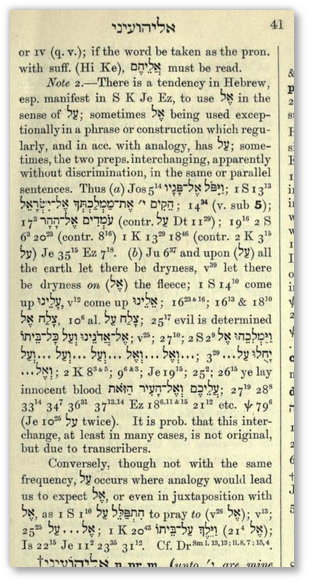 The preposition entries were prepared by S.R. Driver. He draws attention to the prepositions in this verse (without further comment) in his Notes on the Hebrew Text and Topography of the Books of Samuel (2nd edition; OUP, 1913), p. 242, adding some other examples where the same combination is found. 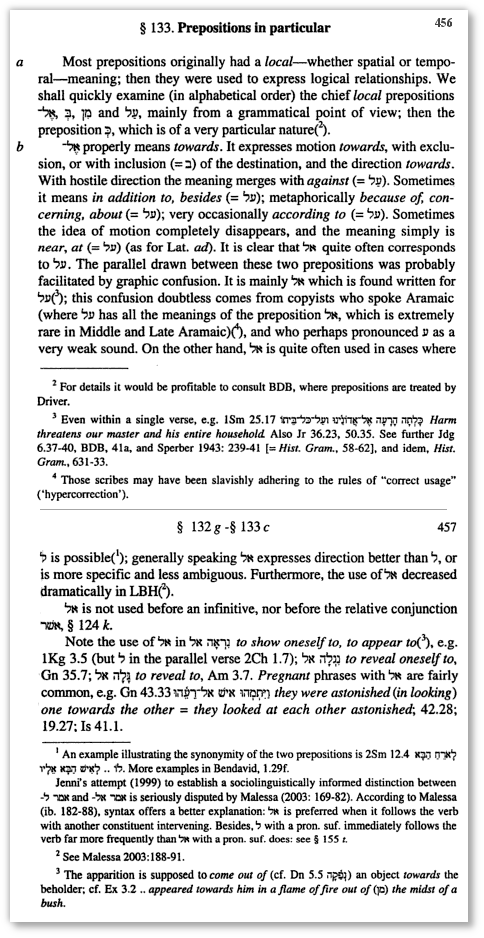 Note that the corresponding entry on ʿal (§ 133f) concludes with:

For the frequent confusion of על and אל, cf. § b.

And to bring comment on this phenomenon to its most recent statement, here is Ernst Jenni in his article on "Preposition: Biblical Hebrew" in the Encyclopedia of Hebrew Language and Linguistics, gen. ed. G. Khan (Brill, 2013):

The occasional apparent interchange in the usage of אֶל ʾεl and עַל ʿal especially in Samuel, Kings, Jeremiah, and Ezekiel (BDB 41, 757), has been put down to phonological fusion by copyists and semantic overlap in transferred meanings; in all likelihood the influence of Aramaic (where אֶל ʾεl is on the decline) also plays a role (Kropat 1909:41–42; Brockelmann 1956:104; Joüon and Muraoka 2006:456).

Yes, he's reporting. But I doubt there's anyone on the planet who knows more about preopositions in classical Hebrew than Ernst Jenni.

It looks to me like one of the frequent cases of ʾel - ʿal exchange, and the difficult thing to explain is why ʾel is there in the MT. Joüon-Muraoka go a long way to explaining these cases, noting the influence of Aramaic and the graphic challenge posed by these forms.

2 Samuel 2:9 is far from an isolated case, however, and a "complete" explanation would need to consider all the other passages in which this pattern is also found. Given this linguistic scenario, I have a hard time seeing that geography, etc., has anything to do with it.

Possibly a Distinction of Land vs. People

Davïd's answer pointed out some useful cross references with מלך (MLK) in relation to the prepositions. An observation of those indicated to me the possibility the author is distinguishing with the prepositions a difference between land area controlled versus people ruled over (geographic versus personal).

The other references Davïd noted all used עַל (ʿal) with the Hifil, but all of those ("1 Sam. 12:1; 2 Ki. 8:20; 1 Chr. 28:4; 2 Chr. 1:9, 11; 21:8") have as the object of the preposition a reference to persons (usually via a pronoun in those particular passages) or people groups (Israel... which could also refer to a geographic area, but not as likely as referring to the people group, especially at the stage of history being discussed, which is before the divided kingdom).

The usage in 2 Sam 2:9 has the exception of using אֶל (ʾel), but at least two of the three words associated with that preposition in the verse are locations, not people groups (Gilead, Jezreel). Whereas the three used with עַל (ʿal) are people groups (Ephraim, Benjamin, Israel), with Israel being used all inclusively to state counter point that "only the house of Judah" was the exception (2 Sam 2:10) as they followed King David.

The questionable one is the הָאֲשׁוּרִי ("Ashurites"), as it is translated as referring to a people group but has the אֶל (ʾel) preposition with it as the two locations, and is sandwiched between the reference to the two locations. However, that word in that form is actually a hapax legomenon in the OT (see any of the Hebrew lexicons). It is often associated to Judges 1:32 where "Ashurites" are also mentioned, but there the spelling is אָשֵׁרִי and in context is clearly referring to a people group who "dwelt among the Canaanites." So there is some doubt about exactly who or what הָאֲשׁוּרִי is referring to.

Given that doubt, and given the distinction of preposition usage as this small set of evidence indicates, it appears to me that הָאֲשׁוּרִי should be translated more as a reference to location of the Ashurites, something like "the place of the Ashurites" or may even be a name such as "Hashuri."

If so, then the אֶל (ʾel) indicates focus upon rule over a land area, the עַל (ʿal) rule over a people group, with that latter being used more regularly with the verb in question. But this is only a possibility, based on a small set. So one cannot be dogmatic about it, especially with the information Davïd provides about observed exchanges of the prepositions (though there appears to be room for further research there).

The preposition אֶל generally means "to" or "towards" while עַל is usually translated as "over" or "upon." The explanation for the author's use of אֶל versus עַל is the former was used for cities which were far from Jerusalem while the latter was used for places which are near. If we assume that Ish-Bosheth's throne was in Jerusalem, then the tribes of אֶפְרַיִם and בִּנְיָמִן would have been in relatively close proximity. However, the הַגִּלְעָד (Gad and Manasseh), along with הָאֲשׁוּרִי (Asher), and יִזְרְעֶאל (Issachar) were relatively far from Jerusalem, with the Gilead being on the other side of the Jordan.

For reference, here is a useful map which shows the locations of the 12 tribes of Israel: 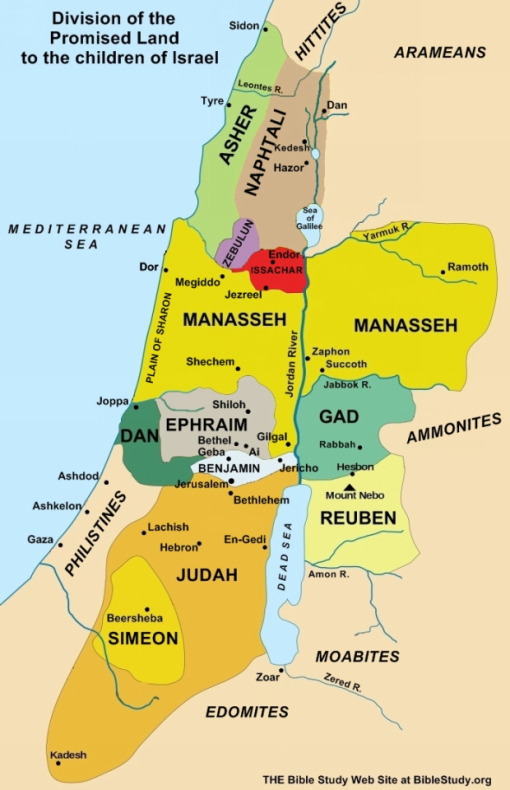 I don't know whether 2 Samuel Chapter 2 appears in the Dead Sea Scrolls, but it would be interesting to compare translations in the Septuagint and Vulgate.

7
In Hebrews 11:17, why does the author use «προσενήνοχεν», first, and then shortly thereafter, «προσέφερεν»?
5
What is the purpose of the phrase "all swarming creatures that swarm on the earth" in Genesis 7:21?
6
What is the relationship between the prostitute and the loaf of bread in Proverbs 6:26a?
6
What happened to the poles once the Ark was placed in the Solomon's Temple?
12
What were the “Urim and Thummim” (KJV)?
5
In Genesis 6:3, could הוּא בָשָׂר be understood as “he is carnal”?
2
What is the proper translation of Exodus 17:16?
6
Is there a contradiction between 1 Samuel 15:29 and 1 Samuel 15:35?
5
Psalm 49:7(NASB) translation seems to say "No human being" can redeem his brother but Psalm 49:7(KJV) refers to those with earthly riches