Now, I know that Moses was not Yahveh, whether to Aaron or anyone. But, I would like to know, in what manner did the author use the word אֱלֹהִים in this context? How would Moses be to Aaron for an אֱלֹהִים?

Of course, אֱלֹהִים ʾĕlōhîm has a much broader semantic range than YHWH, as implied by the way the question is framed. They are by no means synonymous.

The entry in Brown-Driver-Briggs lists a number of references where ʾĕlōhîm is used of one who stands in God's place (as HALOT also has it): 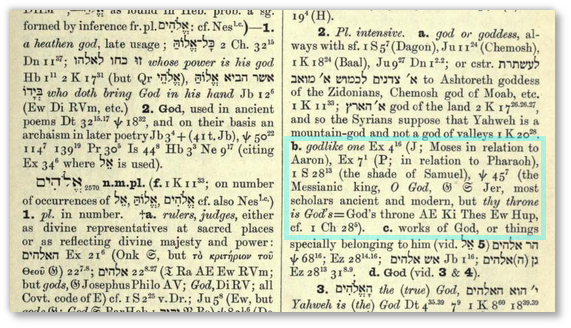 Some references are regularly cited together here, especially one from later in Exodus where 7:1 has:

Then the LORD said to Moses, "See, I make you as God [נְתַתִּיךָ אֱלֹהִים לְפַרְעֹה nətatîkā ʾĕlōhîm ləparʿōh] to Pharaoh, and your brother Aaron shall be your prophet." [NASB]

(See BDB for other references.)

Rashi understands Ex. 4:16 rather under BDB's first category, as we might put it: a ruler or judge, and in that sense a "divine representative":

leader: Heb. לֵאלֹהִים, as a master and as a prince.

In either sense, the text is clearly setting up a chain of authority in which Moses is the intermediary par excellence, as his status would later be distinguished from Aaron and Miriam's, especially in Numbers 12:8:

With him I speak mouth to mouth, Even openly, and not in dark sayings, And he beholds the form of the LORD. Why then were you not afraid to speak against My servant, against Moses? [NASB]

You [Moses] are to speak to him [Aaron] and put the words in his mouth; and I, even I, will be with your mouth and his mouth, and I will teach you what you are to do.

The use of אֱלֹהִים ʾĕlōhîm in 4:16 reinforces and clarifies this relationship.