Is "Children of Israel" the only way to read Deuteronomy 32:8?

I asked a Jew and this is what she said:

As for Deut 32:8, there is not a single Hebrew text that does not say 'bnei Yisrael'. Every Jewish translation of this verse says children [or sons] of Israel. The only inconsistencies are in the Christian Bible. There is no confusion or controversy about this verse, outside of Christian and atheist "scholars" who might wish to claim otherwise.

I thought some Septuagint texts say it's bnei el rather than bnei yisrael. Wonder which one is right. Which one is more credible?

Heb “the sons of Israel.” The idea, perhaps, is that Israel was central to Yahweh’s purposes and all other nations were arranged and distributed according to how they related to Israel. See S. R. Driver, Deuteronomy (ICC), 355-56. For the MT יִשְׂרָאֵל בְּנֵי (bÿney yisra’el, “sons of Israel”) a Qumran fragment has “sons of God,” while the LXX reads ἀγγέλων θεοῦ (angelwn qeou, “angels of God”), presupposing בְּנֵי אֵל (bÿney ’el) or בְּנֵי אֵלִים (beney ’elim). “Sons of God” is undoubtedly the original reading; the MT and LXX have each interpreted it differently. MT assumes that the expression “sons of God” refers to Israel (cf. Hos. 1:10), while LXX has assumed that the phrase refers to the angelic heavenly assembly (Pss 29:1; 89:6; cf. as well Ps 82). The phrase is also attested in Ugaritic, where it refers to the high god El’s divine assembly. According to the latter view, which is reflected in the translation, the Lord delegated jurisdiction over the nations to his angelic host (cf. Dan. 10:13-21), while reserving for himself Israel, over whom he rules directly. For a defense of the view taken here, see M. S. Heiser, “Deuteronomy 32:8 and the Sons of God,” BSac 158 (2001): 52-74.

In general, I would have to agree with this answer that the Hebrew (MT) text is better. In this case, the Qumran fragment reading (“sons of God”) would fairly neatly resolve the conflict between the two texts as noted above. This is what the fragment looks like: 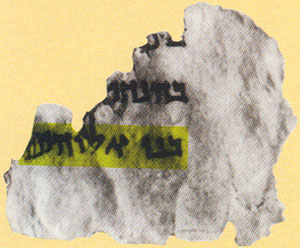 The Keil and Delitzsch Biblical Commentary on the Old Testament notes:

The Septuagint rendering, "according to the number of the angels of God," is of no critical value,—in fact, is nothing more than an arbitrary interpretation founded upon the later Jewish notion of guardian angels of the different nations (Sir. 17:14), which probably originated in a misunderstanding of Deuteronomy 4:19, as compared with Daniel 10:13, Daniel 10:20-21, and Daniel 12:1.

However, that opinion was not informed by the Qumran discovery as it was translated to English (from German) in 1892. Given a fragment that provides a path to both readings, there seems to be some value in the LXX rendering.

As for what it means, I don't think either reading stands completely clear. Moses is certainly referring to something that happened in the past. One candidate is Genesis 10 which concludes:

These are the groupings of Noah’s descendants, according to their origins, by their nations; and from these the nations branched out over the earth after the Flood.—Genesis 10:32 (NJPS)

Everyone on earth had the same language and the same words. And as they migrated from the east, they came upon a valley in the land of Shinar and settled there. They said to one another, “Come, let us make bricks and burn them hard.”—Brick served them as stone, and bitumen served them as mortar.—And they said, “Come, let us build us a city, and a tower with its top in the sky, to make a name for ourselves; else we shall be scattered all over the world.” The Lord came down to look at the city and tower that man had built, and the Lord said, “If, as one people with one language for all, this is how they have begun to act, then nothing that they may propose to do will be out of their reach. Let us, then, go down and confound their speech there, so that they shall not understand one another’s speech.” Thus the Lord scattered them from there over the face of the whole earth; and they stopped building the city. That is why it was called Babel, because there the Lord confounded the speech of the whole earth; and from there the Lord scattered them over the face of the whole earth.—Genesis 11:1-9 (NJPS)

If so, "sons of Israel" would be a difficult reading since Israel (Jacob) wasn't even born at that point.

The Qumran fragment (4QDeutj) has the most likely reading of this phrase: "sons of God".

Not the answer you're looking for? Browse other questions tagged textual-criticism deuteronomy septuagint or ask your own question.

17
Who were the "sons of God" (bene elohim) in Genesis 6:2?
5
Textual criticism of the Hebrew bible and the rule of the ‘lectio difficilior'

27
Should John 1:18 read "the only begotten God"?
5
How do we reconcile the morality of Deuteronomy 5:9 with 24:16 regarding punishment of children for their father's crime?
11
What is the original text of Deuteronomy 32:8-9?
3
Who wrote the end of Deuteronomy?
0
What is the sense of mercy and not righteousness in the LXX translation of Deuteronomy 6:25 and 24:13?
0
Deuteronomy 6:4 is "the LORD our God is one" the same as "we only worship one LORD"?
0
Who is the promised prophet in Deuteronomy 18:18?
1
Do the Ancient Hebrew Scripture Manuscripts suggest that God was cynical in (Deuteronomy 17:14-16) about an earthly King for Israel?
3
In Deuteronomy 32:40, does The Lord of Israel claim to dwell below the highest heaven?