Song of Songs (or "Song of Solomon") 1:5 begins as follows in the Hebrew:

And is often translated something like this example from the NASB:

I am black but lovely,
O daughters of Jerusalem...

There are some translations that do not imply that "loveliness" is being contrasted with blackness (or "darkness"), like the International Standard Version ("...I'm dark and lovely..."), or in the title of an article on patristic exegesis of this verse: "black and beautiful".1

So is the conjunction here joining two like things (thus "and")? or forming a contrast (thus "but")? And how do you know?

As part of the Meta Call for questions related to the Five Scrolls.

The context (see verse 6) justifies translating the v' as "but." Furthermore, it clearly demonstrates that she is not actually black but simply very darkly tanned.

Do not stare at me because I am swarthy [i.e. dark], For the sun has burned me. My mother’s sons were angry with me; They made me caretaker of the vineyards, But I have not taken care of my own vineyard. (Verse 6 NASB)

She has a dark tan from being out in the sun keeping the vineyards. The two verses together ("daughters of Jerusalem"; "Do not stare at me because I am swarthy") clearly demonstrate that the view of beauty which the author assumes the "daughters of Jerusalem" to hold is one that views lighter skin as more attractive. This is a good proof against the Hebrew Israelite hypothesis that claims the Jews as we know them today are not the real Jews and black people are the real Jews. This passage clearly shows the Jews had light skin, except when they got a tan. It also shows that the women at least (the "daughters of Jerusalem") didn't view tans as attractive generally. Solomon apparently didn't agree. 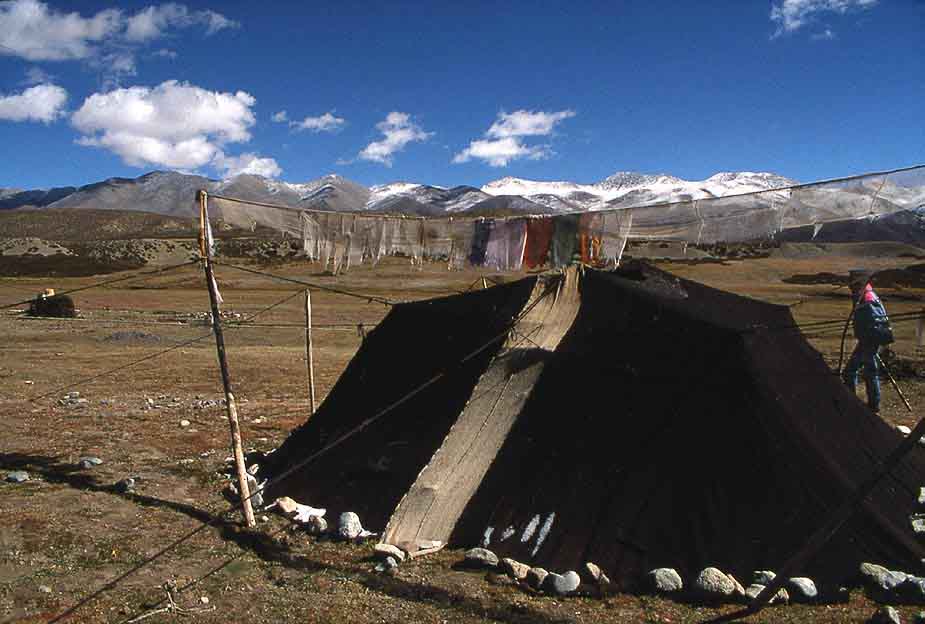 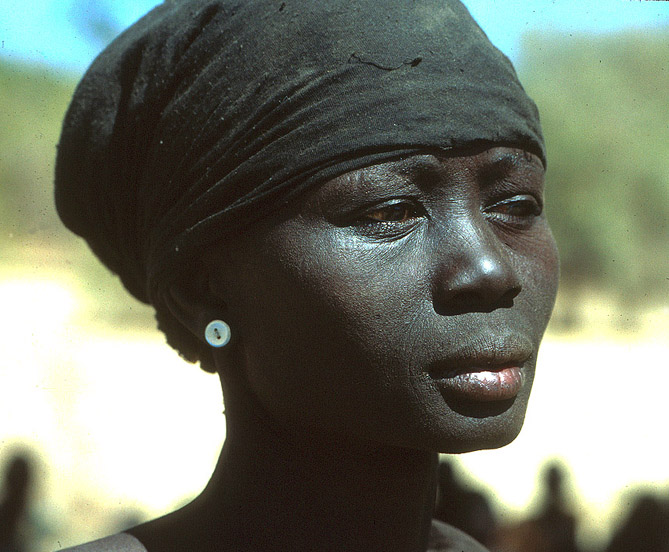 Blacker than the tents of Kedar sets the standard and comparison!

I am black, but comely, O ye daughters of Jerusalem, as the tents of Kedar, as the curtains of Solomon. 6 Look not upon me, because I am black, because the sun hath looked upon me: my mother’s children were angry with me; they made me the keeper of the vineyards; but mine own vineyard have I not kept

Okay, we " black people" come in all kinds of brown and yellow colors. This is something" white" people can't seem to get through their head.. Our colors aren't always from mixing with " white " people either! Gentiles act as if we only come in the color BLACK.lol..anyway..

In the case of the Shulamite woman, the sun had blackened her skin to the color comparable to the tents of Kedar which are made of black goat's hair.

Now let us use a tiny bit of common sense PLEASE! The sun turned her the literal, or. comparably black! This means in order for the sun to turn her BLACK, she had to be dark brown already!

If she started out as a white woman, or even a light skinned black woman as myself, she could not turn the COLOR BLACK and still be comely, if she even survived it!

The daughters of Jerusalem were not white either! The reason they would have hated her for being very black, is not because they were white, but because they themselves weren't the literal COLOR BLACK! They were any where from light brown to reddish brown (ruddy) to dark brown ( Just look at the pictures of Hebrew slaves making bricks in Egypt). This is why the Shulamite woman was explaining to them how she had become SO DARK in comparison to their brown coloring.

Had the daughters of Jerusalem been white, explaining to them why she was any shade of brown, even a medium brown would have been a moot point!

The problem was, in Jerusalem there still dwell many Hammites who were of a darker complexion than the Israelites, and Israelites were supposed to marry within their own tribes. And here was Solomon again with another HAMMITE woman is what it would look like to the daughters of Jerusalem. For Solomon had many strange wives and was attracted to many women, all of which were either Hebrew, or Hammitic btw!

This word is used 4 times:

Song of Solomon 5:10: "My beloved is white and ruddy, the chiefest among ten thousand." Isaiah 18:4: "me, I will take my rest, and I will consider in my dwelling place like a clear heat upon herbs, and like a cloud" Isaiah 32:4: "of the stammerers shall be ready to speak plainly." Jeremiah 4:11: "to this people and to Jerusalem, A dry wind of the high places in the wilderness toward the daughter"

Why they chose to describe Solomon as white smells of an agenda..But we also know he isn't white because later his other body parts are later described as golden..Also, his mother was Bathsheba , the wife of Uriah THE HITTITE( A HAMMITE)..Now I know that Uriah her husband being black doesn't automatically make Bathsheba black, but think about it this way, King David had an affair with Bathsheba and got her pregnant..and then he tried to pass the baby off as being Uriah's baby. He wanted Uriah to have sex with Bathsheba so he could think he had gotten her pregnant, but when he refused, David set him up to be killed..Had David's plan worked, and had Uriah went ahead and had sex with Bathsheba his wife, Uriah wouldn't catch on to the affair

The Septuagint (biblehub Song 1) has "μέλαινα ειμί και καλή." Here, the conjunction και is "and" which (according to HELPS Word Study):

"(kaí) is never adversative, i.e. it never means "however" ("but") – unlike the principal conjunction (waw) in OT Hebrew"

It is interesting to note that the KJV in which we have "black but beautiful" was written in 1611, which is just a handful of years before the first african slaves would land in Virginia. We can see the racist undertones that the author would likely have had.

Much of this depends on when you think the Song was written (there is not much academic consensus on this). If it is written late, then it may be influenced by Persian zoroastrian dualism of light = good, dark = bad, and "but" would be appropriate.

If early, which I think is more likely, then dark is more like the principle of the feminine and the earth and the night. And in Numbers 28, the worship of the LORD is prescribed at dawn and dusk when the light and dark are comingled. This, in contrast to the zoroastrian, is similar to a taoist yin-yang balance and polar interpretation. Jews today sing "lecha dodi" on friday nights to welcome the sabbath at dusk (identifying the masculine, dodi, from the song of songs with the day).

If we see the Song of Songs as a song of the divine marriage of the male and female aspects of God then we can read Song 1:5 as the union of the dark feminine and the light sun that has caught his gaze on her. In Numbers 28, this is symbolized in the balance of light (masculine) and dark (feminine) at dawn and dusk as it was in Day 1 of creation before God separated the day and night parallel to the separation of Eve from Adam in Genesis 2 who are to reunify in one flesh (as happens at dawn and dusk). In this case, she is certainly "black and beautiful" as the Greek relates.

I think that the KJV and John and a variety of other texts are struggling with a semantic shift under the concept of dark/black which makes it mean ignorance and evil when this was not at all the case, mythologically, before Persian influence. You can see much of this in Isaiah 45, where there is a strong statement of monotheism agains Cyrus (Isaiah 45:1) of persia, their liberator, who brought the polytheistic dichotomy of light/dark = good/bad, but then see in Isaiah 45:7 where the author clearly claims light and dark as creations of YHWH. But unfortunately, the semantic shift has already happened and Isaiah 45:7 has already associated the light with peace (shalom) and the dark with evil (ra).

This contrasts with Genesis 1, where the totality of creation is very good.

Not the answer you're looking for? Browse other questions tagged hebrew grammar song-of-songs five-scrolls or ask your own question.